Got our start today on the AT Approach trail.  Although it’s not an official part of the AT, the 8.8 mile approach trail is were the majority of thru hikers make their start.  It’s located at Amicalola Falls State Park, which is easier to drive to than the “official” Springer mountain trail head.

Rick, Carolyn and I left Pensacola this morning at 8 am, following a beautiful funeral service yesterday for Carolyn’s mom Carol Carmichael.  With the time change we arrived at Amicalola at 3:30.  We signed in and officially became 2021 Appalachian Trail thru hikers number 317 and 318.  316 hikers are on the way to Maine ahead of us.  Weighed my pack at the official pack scale and came in at 38 1/2 lbs, heavier than I wanted, but about where I expected to be.  I’m sure I’ll lighten the load as I go, but t for now, I have everything I think I need. 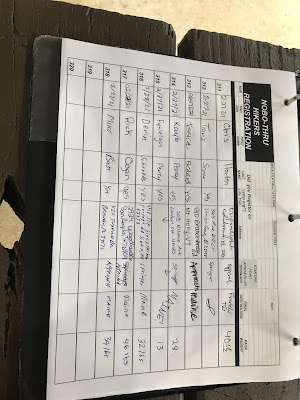 After signing in and getting a brief orientation from the ranger, we headed for the arch for pictures.  The iconic arch shot is a staple of the thru hike experience, and one we had to indulge in.  Carolyn took the shots and then we are ready to go.  I said my goodbyes to Carolyn for the next couple of months when she’ll join me in Virginia for a week hiking with us. 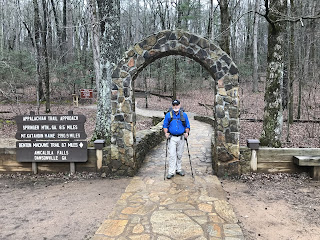 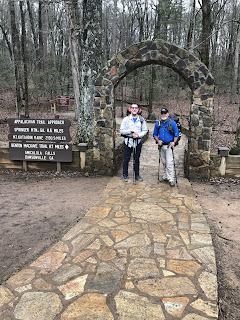 Following the pictures, we headed off at around 4pm, a late in the day start, but allowing us to get a little aye down the trail and save on a hotel.  First up are the 605 steel stairs that run up the side of Amicalola Falls.  A rough way to start the hike, but we managed to get. To the top and on up the trail out of the park. 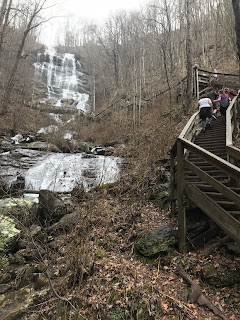 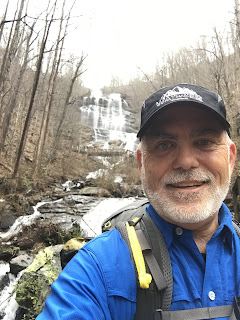 We hiked until about 5:30, stopping about 2.3 miles up the trail for the night.  Since this is not part of the “official” AT, these miles don’t count toward the 2193.1 miles of the AT, hence Day Zero of the hike.
We set up camp, cooked dinner, hung our bear bags, and hit the tents at about 7:30. 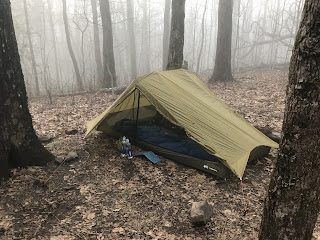 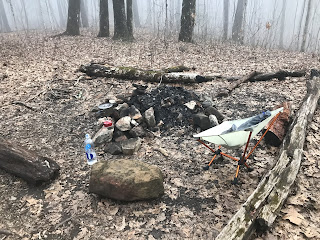 Tomorrow we will head on to Springer Mountain and should arrive about lunchtime.  From there, the official hike begins.
Til next time.

Zero day at Hikers Welcome hostel As planned, we took today as a zero, waiting out the thunderstorms and letting our bodi...